The Power of the Airbrush The cover for Whitney Houston's new album is out. I would bet my left nut that some graphic designer spent the entire week Airbrushing the beejezus out of Whitney's photo (in PVC?? Better not light up that doobie while wearing that thing!)

I would also be willing to bet the other nut that they straight up Photoshopped Tina Turner's legs onto this photo too...

I can't help but wonder if this album will be any good. Thoughts, anyone?

This post was inspired from a very sincere outlook on school unrest in Kenya characterized by over ten riots and numerous closures - in one weekend! Published on behalf of My-Key.

Am fucking tired and disgusted with what is happening in our schools. Whatever happened to discipline? What is the problem – parenting or the system?

I remember when we was growing up,the lectures we used to get of the repurcussions of fucking up in school was incentive enough to keep us reading. I remember it was worth it to read – things were tough. We had more subjects to study, and we didn’t have any calculators to use – we had to think.Weevils were a delicacy – fuck St G for rioting ati the food is bad.

These new generation of kids have no log books & have cell phones. Parents don’t want their kidz touched because it will ‘affect their confidence in future’ – so white and gay. The government has made it worse by making education free - with all due respect,education is key and its unfortunate that some people are not able to afford it,yet kidz deserve to be educated – but imagine if shindes were free – what would be the value? And then guys - lets add more to the flip side. You make it free,fill classrooms,pay teachers crap,remove corporal punishment – wtf do you expect to happen? Teachers don’t wanna teach, kidz think the world owes them something(fuck you!) and the list goes on and on…….

And we have to treat them like children – not adults. Who was that intelligent individual who came up with the idea of giving tois D.L’s and ID’s at 16?

Guys, please note that these are the first generation of the ‘free education’ system. Like Mutahi Ngunyi said, there is NOTHING for free….

…….from a very disgruntled Kenyan. Man, am happy I went through the tough life….

How can students strike ati because exams are hard? boo effing hoo!!! Suspend a couple of those yobs and the rest will think twice before they decide to set their dorms a blaze!!!

Oh, you're not disgusted - I saw my alma mater - Dagoretti - prominently displayed on news last week after they started this whole round of strikes! That hurts and makes you sick to your stomach - you want to go there and tell all those kids they would all be reading over night if they knew what is good for them!! As you cane them.

Mr. Kamunge, one of Kenya's most respected and eminent educationists sat on one of the many 'commissions' to try and come up with suggestions for sorting unrests, and it sits in a polished office somewhere unopened! Part of similar 'get-togethers' have recommended miriad changes, some as radical as overhauling the education system as constituted, reducing subjects, training teachers on psychology, removing 'pre-mocks' and 'mock' exams, scraping the quota system, amongst others. Very soon, another piece of 'brilliant' suggestions will come up, but we all know our government's record with commissions.

Back to My-Key's gists: I do agree with some and others I see differently.

Teachers are a frustrated lot, and more than their salos, I don't think they are appreciated enuff. Guys bomoka a P1 teacher's salo on binge shopping in a few minutes - HOW CRAZY IS THAT?!!!!!! You leave me with your rogue kids and want me to WHAT?!! MOULD them? Ehe?!! If he can't vent on your kid by chapaing him, he sits back and waits for the 'world' to take it's course, and we can see the fruits..

That's my take - I was once a student, once a teenager, did a crap education system, is part of a failed experiment, and I can see without being in any commission, that we are doomed..there's no political will for any such changes, so this will just take a back-seat for now. Mark my words.

I end on controversy. How coincidental is it, that all these riots and unrests have taken place at the same EXACT time countrywide, and they all seem to have come just after the Headtechers' meeting in Mombasa about two weeks ago?

Why you must drink TODAY - And EVERY day!

This came as a forward, and I know wisdom has to be shared, and to the fools, knowledge imparted! As a crew that strongly believes in the gift of the drink, we need to recruit more believers, as well as remind ourselves, and those amongst us with shaky faith, of our core values - DRINKING Viceroy!

"As Ben Franklin said: In wine there is wisdom, in beer there is freedom, in Water there is bacteria.

In a number of carefully controlled trials, scientists have demonstrated that if we drink 1 liter of water each day, at the end of the year we would have absorbed more than 1 kilo of Escherichia coli, (E. coli) - bacteria found in feces. In other words, we are consuming 1 kilo of poop.

However, we do NOT run that risk when drinking wine & beer (or tequila, rum, whiskey or other liquor) because alcohol has to go through a purification process of boiling, filtering and/or fermenting. 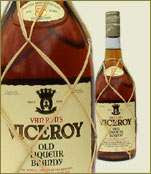 Therefore, it's better to drink wine and talk stupid, than to drink water and be full of shit.

There is no need to thank me for this valuable information: I'm doing it as a public service.
Posted by Unknown at 05:09 3 comments: 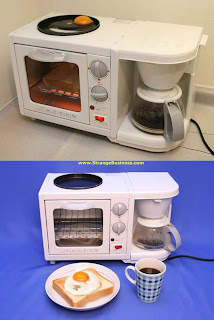 Just when it looked like all hope was lost for bachelors with no kitchen skills, some hardworking bachelor who can't cook (but can create machines for the same) came up with an invention tht will help the like of my-boy (last post)..... gone are the days when bachelors sleep hungry coz the mama(s) in their lives are not around! This - is - a revolution!

we shall not eat dry bread - tosti - anymore!

Take yee this bread of life!

A simple incident last night brought out some much needed humour on a cold. rainy friday night.... and reminded me how harsh bachelor life can be!

It all started out with an email, a sad one, about home-boy's guka's demise. As in norm, a (requiem mass) prayer had been arranged at one of the many halls some of our local churches
have. It was one of those fridays when you feel it's all gloom - maybe a symptomatic of the occasion...

We'd left the house at around six, headed to town via Museum Hill, and as (Hell only knows) it always happens that a little shower is recipe for madness on the roads. So while it took three minutes to Museum, it took twenty from there to St. Andrews, distance of exactly one Km! Of course, it didn't help that the boys in blue were 'directing' traffic traffic (that's a storo for another day)! I digress..

So we reach the church, where the dearly beloved (and bereaved) are gathered in a somber mood, going through the modalities of the day, and then the madam speaker announces (as she is closing the occasion) that there is a cup of tea... and there home-boy steps up! You see, he's just moved out, and cooking skills are BILA (actually, 'duru za kuaminika' very reliable word has it that he can't make chai to save his life) and you see we gat a problem! But ome-boy has it figured out... not to worry! So iko chai, na mgadi?! 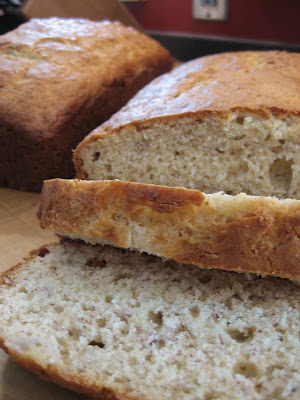 Let's just say, he had to clean bread crumbs from his jacket on saturday morning.
Posted by Unknown at 02:33 3 comments:

I hate that word, as most things of Uncle Sam's tribe!

Anyway, just wondering: If I say that what I've said was not a lie, is that (statement) a lie?
Posted by Unknown at 06:48 No comments: 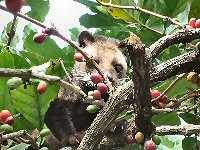 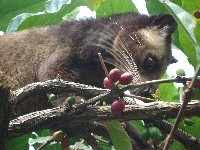 as uninformed as it is, this stuff sounds like a Sudanese last born. Ladies, like Ath I'm apologizing before... With Migz enjoying trappings from In-da-Asia, the mention of Chinese Tea reminded me of something. Isn't that like the disgusting coffee they're selling from some regurgitated coffee beans from some forest in-effing-not-in-the-map country?! WAIT -It's you-guessed-it; INDO-FUCKING-NASIA!! For the uneducated, the world’s rarest coffee bean gains its unique flavor by being passed through the gastro-intestinal tract of an Indonesian civet cat (attached) et al!! Sip that with pork and your intestines will never know how proper food ever tasted like - no wonder those smushins don't nona - the system's in shock from the day you were born!!!!

Bro, please watch out! You could come back with female genitalia (I prefer gonads), chuti complexion, slight accent....

Tales from way back..